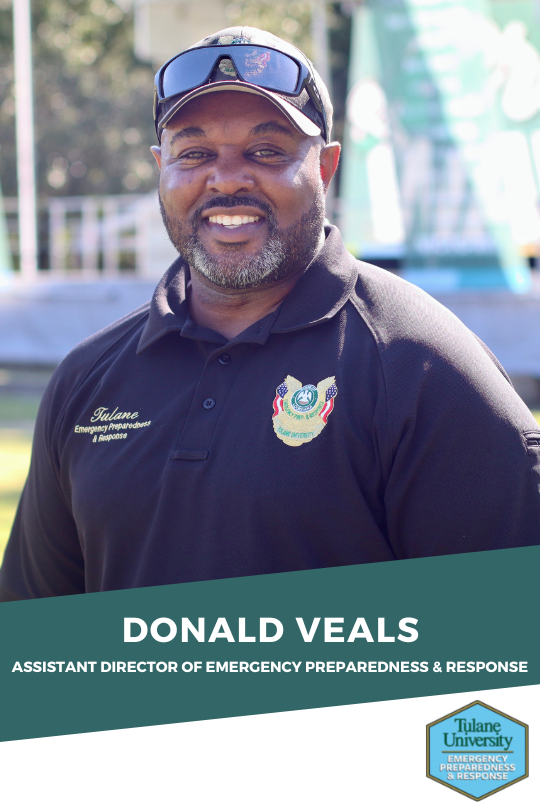 Prior to working at Tulane, Donald worked 14 years in the healthcare industry.  During his tenure, Donald gained extensive experience in the design and maintenance of access control, CCTV systems for healthcare environments as well as conducting assessments of facilities to identify and prioritize security and safety risks.